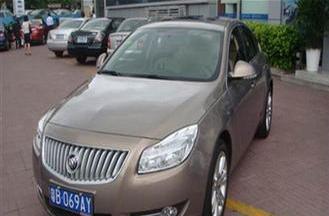 A good car, if forced to retire is really distressed. However, with the implementation of the new rules for motor vehicle scrap, private car owners can relax their minds in the future - from May 1 this year, the new "motor vehicle compulsory scrapping standards regulations" will be formally implemented.

The new regulations canceled the original 15-year retirement period for private cars while limiting the mileage to 600,000 kilometers. The reporter will investigate the impact of the implementation of the new regulations on the auto market and the lives of the citizens.

The time limit for the use of private cars has doubled. "After 15 years, even the best cars have to be scrapped." Mr. Feng was a tobacco and alcohol wholesale shop in the provincial capital. Last year, one of his Honda cars went to a retirement age and ran for 13 years. Ten thousand kilometers, the car's performance is still quite good, but the thought that the car will have a lot of trouble after the end of the scrapping period, desperation, Mr. Feng had to reluctantly hurt the car to do a very low price scrapped.

Speaking of the new scrap rules to be implemented, Mr. Feng said that such regulations should have been long overdue. â€œThis kind of news is far better for car owners, and the use of cars has been greatly increased, which has prevented the waste of resources.â€ Mr. Feng said.

In addition, Mr. Liu, a private car owner who has successively replaced three vehicles, also believes that the previous car can only run for 15 years, but now it is calculated as 20,000 kilometers per year. The 300,000 kilometers in 30 years is only due for retirement. It is exactly the past two. Times, if the car is usually well-maintained, in theory, a car can open 30 years. If forced to scrap, a good car can only top a few thousand dollars.

The second-hand car market faces the greatest impact after the implementation of the new regulations for shuffling and scrapping. This morning, the reporter visited some of the used car market in the provincial capital and found that many merchants showed a positive and optimistic attitude towards the new standard. "As soon as the new regulations come out, the sellers will indeed have more say." Mr. Tian, â€‹â€‹who has been engaged in many years of used car transactions, told reporters that this provision is of great benefit to the used car market. More cars will enter the second-hand market and buyers will have more choices. However, â€œBuyers who have previously valued their useful lives will now pay more attention to the number of kilometer-running vehicles, actual safety performance and technical indicators. It should be said that the selection of vehicles will be more rational.â€

In the interview, many businesses engaged in second-hand car transactions believe that after the cancellation of private car years, some used cars with longer car age but better performance may have higher prices than before, and the market price of second-hand cars will be evaluated. There will be new standards. An appraiser for a used car assessment said that after the implementation of the new standard, it is conservatively estimated that the used car market will increase by 20% to 30%, and the price will increase by about 15%.

Automobile 4S shop is not affected by the new regulations to cancel the retirement period of private cars, to some extent will certainly make the speed of replacement of vehicles slow. As a result, how will the 4S store, which focuses on automotive sales, respond?

Gu Yan, head of marketing at Taiyuan Anji Automobile Sales & Service Co., Ltd., believes that the new regulations will not have too much impact on the sales market. â€œAccording to actual demand, with the renewal of consumer concepts, consumers are getting faster and faster with their cars. The practice of driving a car is very rare.â€ After the implementation, many auto dealers will continue to introduce trade-in replacements for various types of vehicles in order to promote new vehicle consumption.

The sales manager of another 4S shop in the provincial capital also expressed the same view. He said: "The implementation of the new regulations is a double-edged sword, which seems to delay the growth rate of motor vehicles, and in fact it will not achieve much effect. In particular, some mid-to-high-class cars with superior performance will be more popular. The new regulations can also promote the maintenance of 4S stores. Car owners will pay more attention to car maintenance than before, so that they can have higher value after entering the used car market in the future.

Polyester coated welding tarps no wax coating, no strong smell, highly waterproof. The fabric is more stable and not easy to shrink. The tear resistance is more than 2 times that of cotton canvas tarpaulins. Polyester canvas is great for carport canopy, duck patio tarps and equipment tarps. The utility model can be used as an open storage stowage covering for the harbour and airport at the station. Temporary Tents can be built and crops can be used in the open air covering. Temporary sheds and temporary warehouses it also can be used for various construction sites such as the construction site electric power construction site.