The State Council Executive Meeting heard a report on the progress of the reorganization of CNR CSR on the 25th. This means that people will soon see the emergence of the "Chinese CRRC", the world's largest rail vehicle manufacturer. Industry insiders stated that the combination of strong and strong North-South vehicles will help to further optimize the allocation of resources, increase the level of research and development of core technologies, and avoid excessive competition. After the merger, China's rail transit equipment manufacturers will jointly develop overseas markets, promote Chinese equipment to go global, and create a high-end image of â€œMade in Chinaâ€.

Previously, North and South Vehicles issued separate announcements that the merger has been approved by the SASAC and passed by the respective shareholders' meeting. In addition, antitrust review agencies in Australia, Germany, Pakistan and other countries have also approved the merger. At present, the merger still needs approval from the Ministry of Commerce, the China Securities Regulatory Commission, and the Hong Kong Securities Regulatory Commission.

Two insiders said that if all goes well, China CRRC will be officially established in June this year.

In recent years, with the rapid development of China's high-speed railways and orbital equipment, CNR and CSR have entered a period of rapid development. The two companies not only swept the domestic EMU market, but also had more than 80% of freight trains, and the majority of subway vehicles. Overseas, the two companies have gradually expanded their share of overseas rail equipment market with reliable technology, rich and mature domestic operating experience and relatively low prices.

However, in the process of marketing overseas, in order to compete for orders, the two companies have occasionally pressed each other and even excessive competition. Wang Mengshu, an academician of the Chinese Academy of Engineering, said that the combination of the two vehicles in the south and the north will prevent them from competing with each other in the course of competition. This will not only help enhance the image of Chinese companies, but also help put more energy into technological innovation and increase the competitiveness of the international market.

At present, the Chinese rail transit industry, represented by high-speed rail, faces a historical opportunity period of â€œgoing outâ€. It is understood that China is currently negotiating with the countries of Russia, Mongolia, India, Thailand and other countries on railway cooperation, and is actively participating in the promotion of railway cooperation projects such as China-Laos, China-Pakistan, Central and Eastern Europe, China-Kyrgyzstan, and the U.S. West Express Railway.

"The integration of China's SUVs is of great significance in forming a combination of technology, management, resources, and markets. It will help push China's high-speed rail technology and high-end equipment industries to the world, build Chinese brands, and provide green, convenient and comfortable transportation for the world market. Product and technology solutions will further enhance the long-term interests of all shareholders,â€ said Zheng Changjun, Chairman of CSR.

The person in charge of the State Railway Bureau stated that, on the one hand, the integration of the North-South vehicles relies on the core technological advantages, and the Chinese railway equipment manufacturing enterprises will gradually form a full-scale â€œgoing outâ€ trend for products, technology, and capital. On the other hand, relying on technological innovation to promote transformation and development, China's railway equipment manufacturing technology has entered the international advanced ranks, and its international competitiveness will be significantly enhanced, providing strong support for accelerating the implementation of the â€œgoing outâ€ strategy.


SDRFD filter consists of one-piece housings with a bolt-on cover plates. The two housings are connected by a ball change-over valve. There are clogging indicators on both sides. 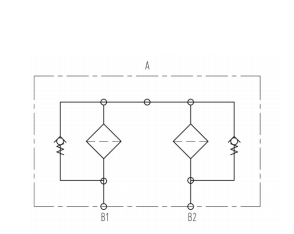 Filter elements are available with the following pressure stability values:

It can be used for mineral oils, lubrication oils, non-flame fluids, synthetic and rapidly biodegradable fluids. For water or other application, please contact us.

Inlet: by a ball change-over valve 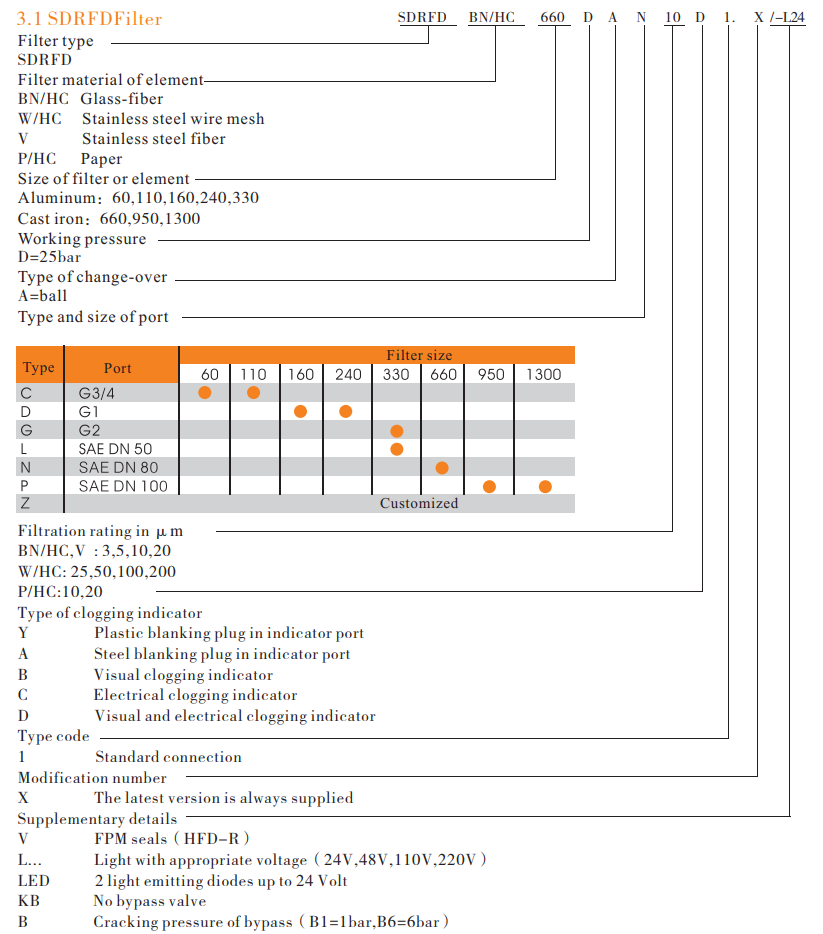 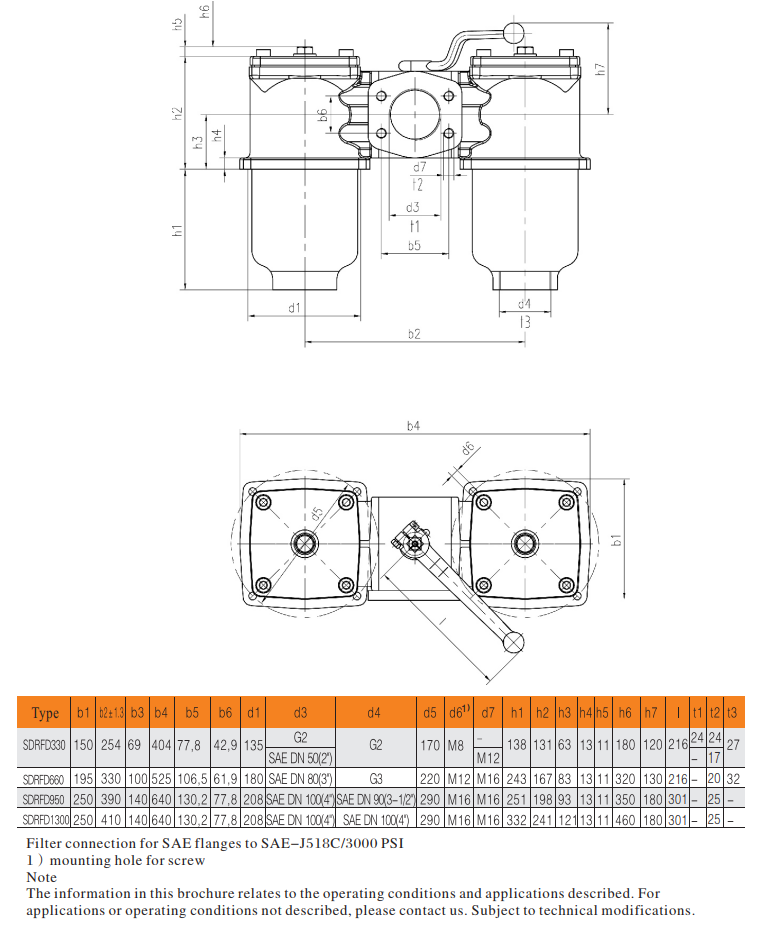 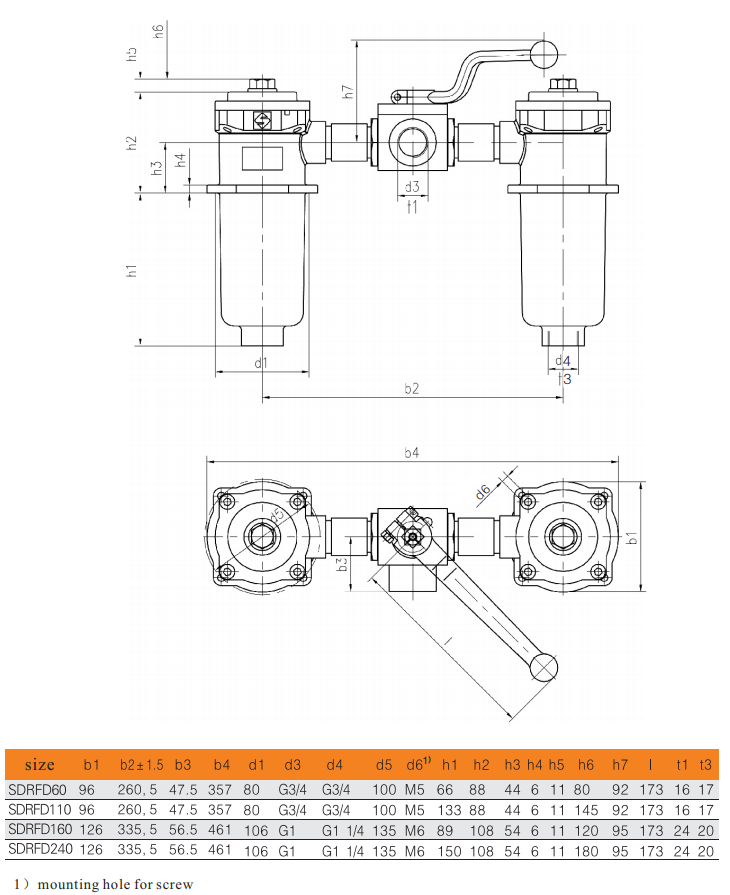