Spring rain is as expensive as oil, but this oil does not refer to oil. Otherwise, Dongfeng Honda will not recall the Honda CR-V model because of â€œmore oilâ€ and will stop selling 2018 Honda CR-Vs. 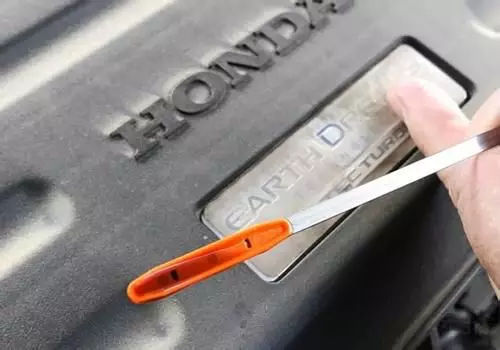 It was just over two months in 2018. March should have been a promotional event for the festival to stimulate the automobile market to pick up. Many car companies, however, recalled their defective vehicles before the 315 party. During the week, up to eight brands had recalled more than 300,000 vehicles. 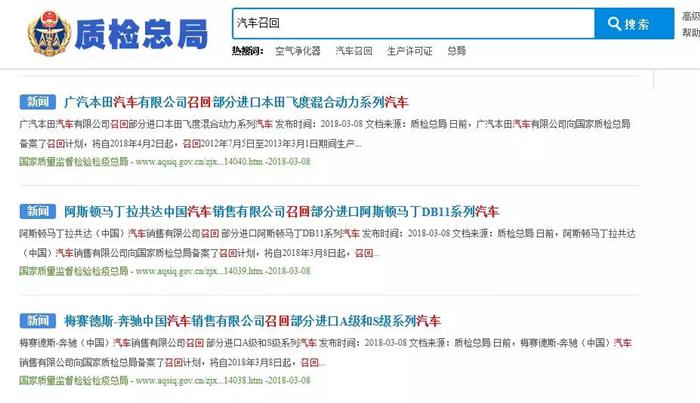 Of course, this will be inextricably linked with the upcoming 3.15 nights. After all, even Dongfeng Honda, whose face is thick like a wall, has started to recall defective vehicles such as the Honda CR-V. It is not surprising that other car companies adopt a more positive attitude toward defective vehicles.

According to the data of the AQSIQ website, since January, Japanese cars have launched 14 recalls in China, involving approximately 1.63 million vehicles such as Nissan, Honda, and Subaru, which exceeded 50% of the total recalled vehicles. . 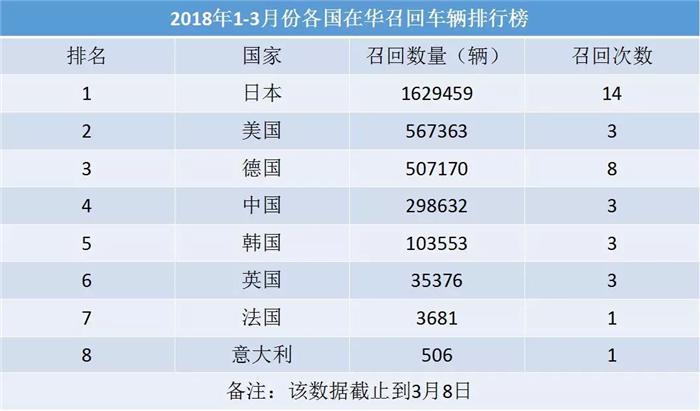 Regardless of Dongfeng Honda, who has recently been saying that â€œthe limelight is becoming hot,â€ there is still another car company that is â€œout of the limelightâ€. In January, February and March, Mitsubishiâ€™s name is every month. This is not what it is. , It is used once a month or even twice, and it is still afraid that consumers can't remember your name. 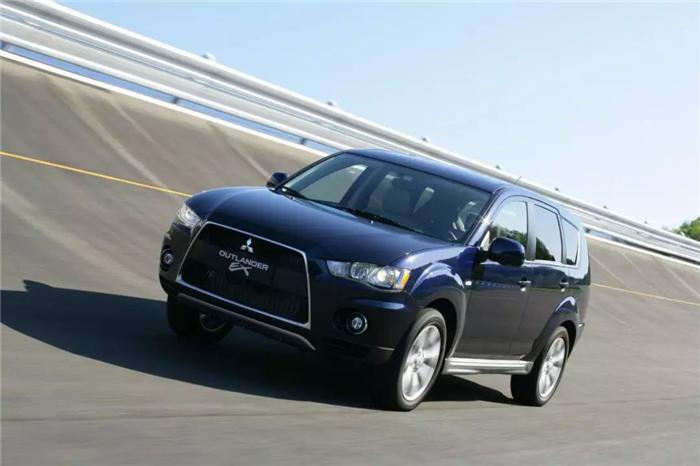 The reasons for the recall are also various and varied. These include the drop in parking brake force, the failure of steering assistance, the peeling of the sunroof glass from the outer frame, and the rusting of the axle of the parking brake. This is truly eye-opening. 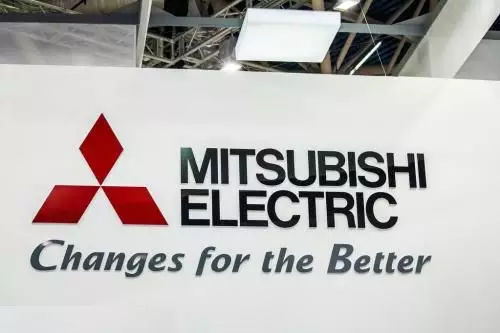 By February, GAC Mitsubishi Motors announced that it had recalled Mitsubishi's Jin Hyun Motors for a total of 180,348 vehicles.

The reason is that the waterproof structure of the front windshield cover causes a small amount of moisture between the cover plate and the glass to intrude the joint parts of the wiper motor and the connecting rod, causing abnormal wear inside the joint, which may cause the wiper motor and the connecting rod in severe cases. The joints of the joints fell off, affecting the normal operation of the wipers and causing potential safety hazards. 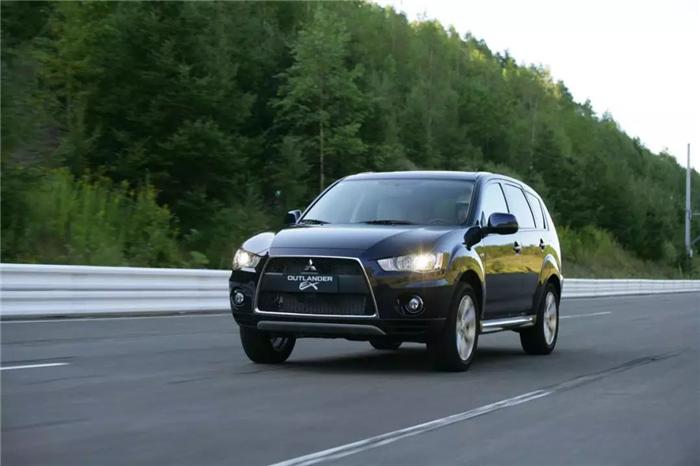 At the beginning of March, Mitsubishi was not idle and began another round of recalls.

Recently, Mitsubishi Motors Sales (China) Co., Ltd. has filed a recall plan with AQSIQ. The recalled models for the 2011-2012 ASX Jin Hyun series of vehicles totaled 17,547 vehicles. The reasons for the recall are the same as those for the Mitsubishi Jin Hyun series models recalled in February, which is also the problem of the waterproof structure of the front windshield cover. 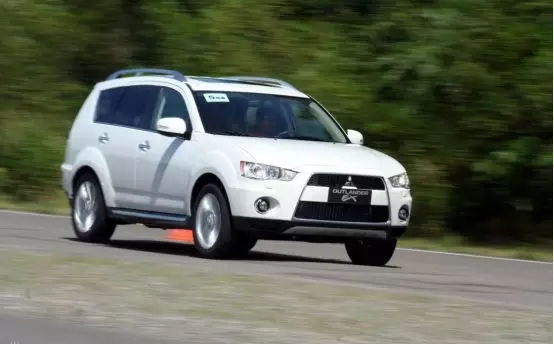 Admittedly, when it comes to problems with its models, it is a good attitude to actively adopt recall measures. However, the frequency of this recall is too commonplace. This gives people the feeling that if they are mistaken, they will change and they will make another mistake. Looking at the frequency of recall measures taken by Mitsubishi Motors over the past few years is also increasing. 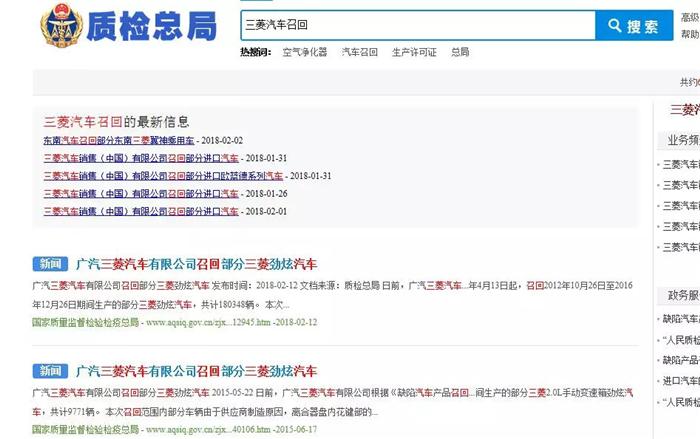 As early as May 22, 2015, Guangzhou Automobile Mitsubishi Motors Co., Ltd. filed a recall plan with the AQSIQ and decided to recall some Mitsubishi 2.0L manual gearbox Jin Hyun cars from June 22, 2015, a total of 9771 vehicles. 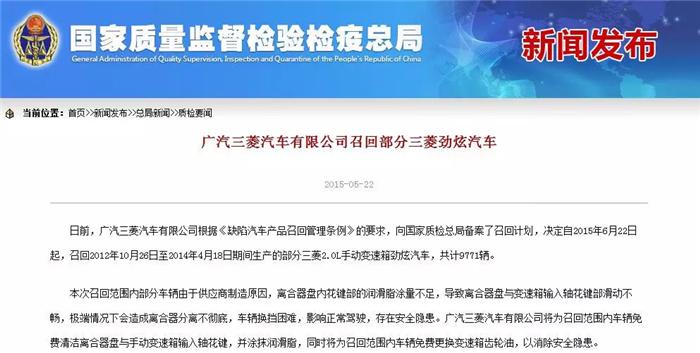 The reason for this recall is that when the main airbag of the driver's seat is unfolded, the gas generator container may be damaged, which may cause debris to fly out, which may injure the people in the vehicle and present potential safety hazards.

Moreover, the scope of recalled vehicles will also be expanded on June 30 and November 26 of the same year. 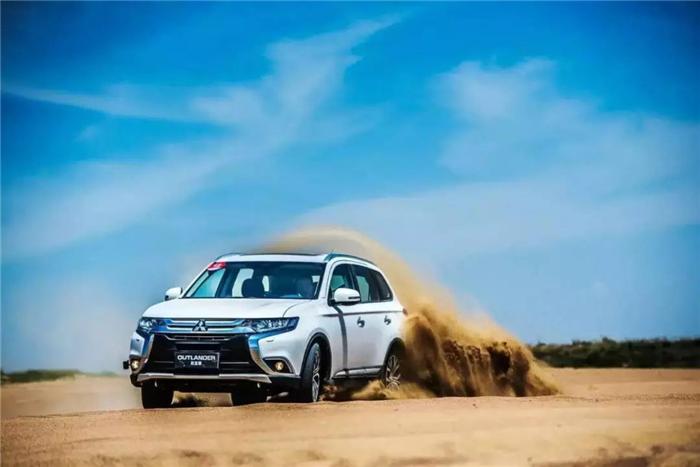 By 2017, the situation has intensified. On March 30, Mitsubishi Motors Sales Co., Ltd. filed a recall plan with AQSIQ. From June 5, 2017, it will recall some imported Pajero series cars from 2010 to 2013. According to the statistics of the company, a total of 13,139 vehicles were involved in the mainland of China. 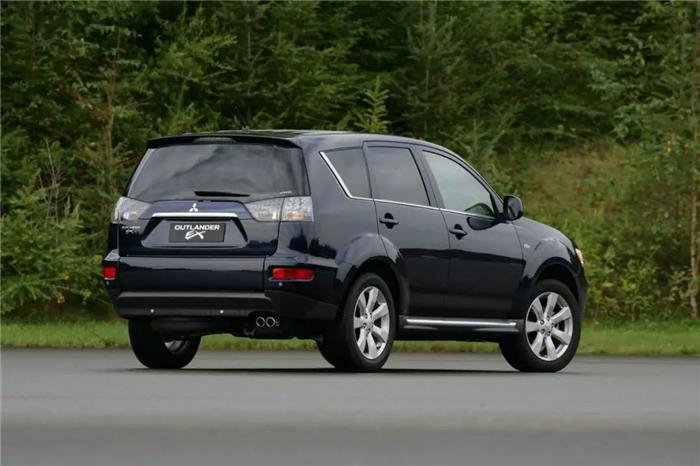 On September 29 of the same year, Guangzhou Automobile Mitsubishi Motors Co., Ltd. filed a recall plan with the AQSIQ and decided to recall some Jin Hyun cars, which totaled 81,472 cars, from November 6, 2017.

The reason for this recall is that due to the reason that some of the vehicles were manufactured by the supplier, the welding part of the engine control unit relay may be abnormally heated during the use of the welding and it will be disconnected, causing the circuit to be disconnected, causing the engine to turn off when the vehicle is running and unable to start again. Hidden danger. 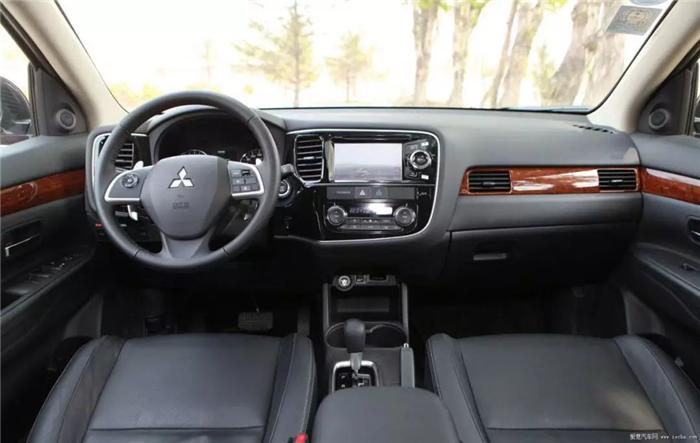 In recent years, the reason for Mitsubishi's recall has become more and more serious. Whether it is the lack of grease in the clutch plate, or the safety hazard of the airbag and the subsequent circuit problems, Mitsubishi does not seem to have a profound reflection. . The car we recalled, the problem still has to come out. 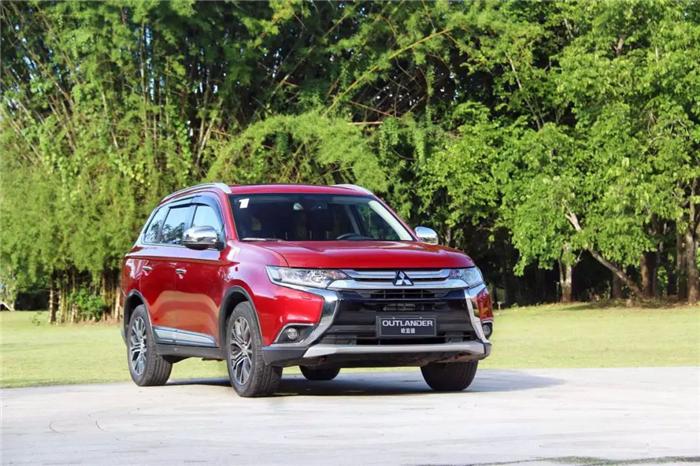 We saw complaints on the Internet Mitsubishi Motors's information abounded, and there were also many models covered, of which the Outlander and Jin Hyun ASX had the highest frequency.

The reasons for complaints are also varied, but they mainly focus on front and rear axles and suspension systems, body accessories, and electrical and engine problems. 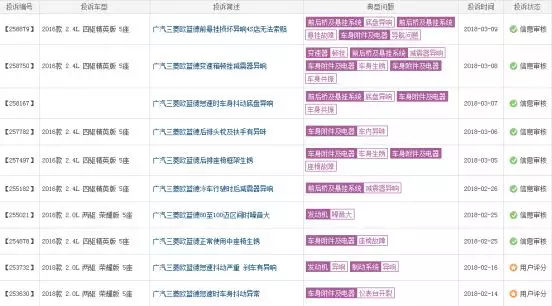 Mitsubishi experienced fuel consumption fraud, recalls and Nissan's acquisitions in 2016. By 2017, the sales of Jin Hyun and Outlander were justified, supporting the development of the brand. Moreover, in the Chinese market, Outlander was even seen as the weight of Mitsubishi's new comeback, which is evident from the sales of Outlander in Mitsubishi Motors.

However, Outlander's position in the automotive market is not as smooth as sales show.

Some online recalls and netizens spam them out of their way. After all, no one wants to buy a car that could potentially fail.

For example, some riders spoke on the issue of Outlander's engine jitter in the forum, as well as gearbox crashes. Even on the car's quality network, there were complaints about engine jitter. 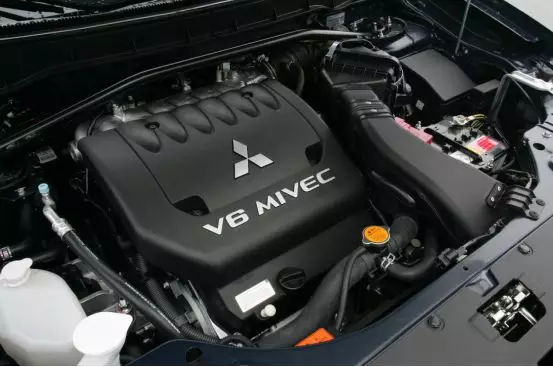 When you are in danger, you can sit back and relax. The Japanese engine is proud of its engine technology is no longer attractive, Dongfeng Honda has also fallen altar, Mitsubishi's four-wheel drive technology is no glory in the past, facing product problems, improve product quality It is king.

East Ben dragged back and wanted to delay. Mitsubishiâ€™s call to re-arrangement cannot be said.

A good helmet, it must be very light. The helmets we sell are integrally formed to reduce risks. The size is adjustable, ventilated, and multi-color is available. While the helmet comprehensively protects the breathability index, it also distributes the hole spacing and positions more scientifically to make the helmet firmer, more warm and breathable during sliding, and drain sweat from the head in time to prevent catching cold. The upgraded material shock absorption material has strong shock resistance and energy absorption, strong recovery, heat resistance and wear resistance, uniform absorption of impact energy, and elimination of damage values. The one-piece helmet adopts one-piece molding, which can effectively prevent the separation of the outer shell and the inner shell to avoid damage in the collision of the second element, making it safer and stronger to wear. The high-quality adjustable buckle can extend the life of the helmet scientifically according to the child's growth. Parents are a wise choice. China road bike helmets, road Bike Helmet suppliers and manufacturers, provide low price, high quality road bike helmets, black road bike helmets, etc. 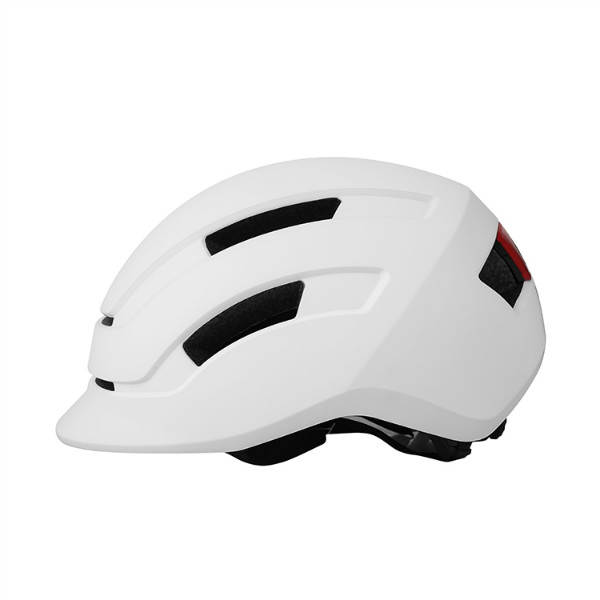