During the â€œtwo sessionsâ€ period, the automobile industry, which is the countryâ€™s ten pillar industries, has always been one of the focuses of attention. In connection with the environmental issues that have attracted so much attention in recent years, the future development of the automobile industry is not just limited to discussion within the industry as it was in the past. It extends to a broader level. What proposals were made by the representatives participating in the two conferences, and what work goals related to automobiles were addressed in the government work report? What kind of reform signals did the "two sessions" pass in the end?

The family is relatively one-sided, but the position of the private enterprise, the state-owned enterprise, and the state in three aspects is different, and their perspectives are different, and their knowledge and attitude toward the same issue are also not the same. How to weigh the interests and relationships of all parties and create a healthier and better automobile market, so that the automotive industry can develop more reasonably and permanently, and everyone has different opinions. Although they have different opinions, their goals are the same and they are all for a better tomorrow and future.

In the aspect of air environment, the government work report puts forward the â€œpracticing of boxing to strengthen pollution prevention. Focusing on megacities and regions where smog is frequent, and using fine particulate matter (PM2.5) and respirable particles (such as PM10) as a breakthrough, We will seize key components such as industrial structure, energy efficiency, exhaust emissions and dust, and clarify the specific objectives of "eliminating the elimination of 6 million yellow-label vehicles and used-vehicles, and supplying the country with standard diesel fuel throughout the country" and continue " Implement energy-saving products to benefit people's projects."

Comments: The trend of hazy weather has become more and more serious in recent years, causing unprecedented public attention to environmental issues. The car is considered to be one of the causes of smog. In the future, in the course of the treatment of the air environment, the control of automobile exhaust emissions must also be placed in an important position.

Los Angeles and London, England have also experienced haze and other environmental problems during the rapid development of industrialization. The problems that had once occurred in the future should be avoided as far as possible. However, only when the haze appeared in China did everyone realize that they had taken the old road in the process of development. Some people who talk about fog and fog say 30 years, some say 50 years, and how long they can be managed, if they can look up and see the blue sky, nobody can tell. However, the elimination of at least 6 million yellow-labeled vehicles is an attempt to control smog.

Government attitude
As for the social environment and travel environment reforms, the government work report clarified the requirements of â€œaccelerating the construction of infrastructure such as transportation, water conservancy, energy, and municipal facilitiesâ€ in the new urbanization process, and proposed the idea of â€‹â€‹â€œpriorizing the development of public transportationâ€. . In terms of constructing a socially fair environment, it puts forward the explicit requirement that â€œthe expenses of the â€œthree publicsâ€ will only be reduced if they do not increase, and the official vehicle reform will be startedâ€.

Comments: There are almost no traffic jams in big cities. When traffic jams, Beijing was jokingly referred to by netizens as "the world's largest parking lot." Newly built small towns in the third and fourth tiers did not have much cars, and the results began to clog. The management of traffic has been carried out in two ways: more roads have been repaired, roads have been planned rationally, and there are fewer buses for the â€œthree publicsâ€ to spend, and naturally it is not blocked.

Comments: Regarding the joint venture shares, the natural attitudes of private enterprises, state-owned enterprises, and national positions are also different. However, from the statement of the Ministry of Industry and Information Technology, we can see the concerns about the competitive environment facing the independent brands after the release: â€œTime is limited, resources It is limited, and it is impossible to cover everything; but independent brands must also develop the ability to compete with transnational corporations as quickly as possible.â€ The flowers of national industries need not be protected in the end. The ultimate reform depends on whether the flower itself is tough enough and strong enough.

Comments: Although the government work report did not directly mention â€œnew energy vehiclesâ€ for the first time in six years, it is not difficult to find out if carefully read, the governmentâ€™s nine aspects of work, there are six aspects directly related to the car. Whether it is the judgment of the economic situation or the key deployment of the strategic opportunity period, it is inseparable from the automobile. The timetable and road map for the reform of the auto industry are also becoming clear.

In conclusion, the â€œtwo sessionsâ€ conveyed the all-round and three-dimensional reform signals of the automotive industry and clarified the future direction of development. For the Chinese auto market and the auto industry, which are rapidly developing into auto giants, predictions and regulations have been made in advance. Compared with the extensive mode that used to be faster, the healthier development of the auto industry is the more important issue in the future. A better and cleaner future, or a chaotic future, depends on today's attitudes and actions. 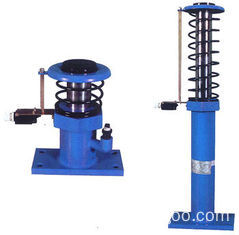 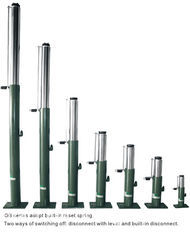